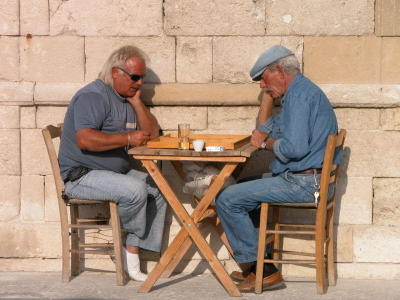 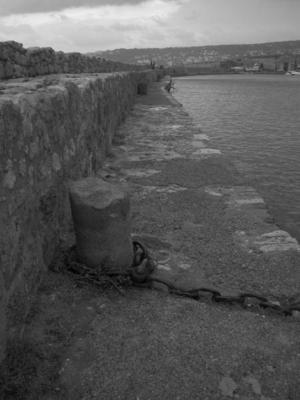 I have not written much these last few days, for a number of reasons: Yom Kippur, the cancellation of my IHT-Ha'Aretz subscription, being busy with other things. I do follow the news but I just did not read anything that 'forced' me to write a comment. This weekend several news items caught my attention. First of all, the attack on Major General El'azar Stern and his family near the Western Wall yesterday. Again, I wonder how frum the fanatics who did that really are. Well, at least they have a whole year to think about their sins before the next Yom Kippur. A subject that I follow closely is the developments in and around ( the ruling elite of ) Syria. Apparently Israel is wise enough not to get itself too involved in the mess that Assad seems to have gotten himself into. One interesting news item that appeared today on Ha'Aretz' website is about an infamous Nazi war criminal who has been located in Spain. I wonder if anything will ( can ) be done to somehow prosecute him, I certainly would not mind if he is forced to spend his last years on earth fighting against some kind of justice being achieved. Lately I added four weblogs to my list of Israel-related blogs. All of them are written by ( new ) immigrants, you are invited to have a look at: If you will it..., Like I've Got Time For A Blogspot, Savtadotty, and Shalom Israel. Finally, have a look here. My brother and his girlfriend returned from Crete yesterday, and of course they ate very well over there and made lots and lots of pictures ( you should see his face when he watches me flipping through his photo albums ). Some of these are really beautiful, two of them I added here. Isn't that a tanned lookalike of Verbal Jam's Arnoud playing backgammon in the second picture?
Posted by Bert at 10:15 PM