An interesting news item that did not get very much attention here is the 'Dubai Ports Deal', which "would put a Dubai state-owned company in control of operations at terminals within six American ports". Read also this and this. The idea sounds absurd in today's, post-9/11, reality, but maybe I just don't understand anything about globalization and/or security. Not surprisingly the subject provided some American cartoonists with inspiration. Here are nine examples. 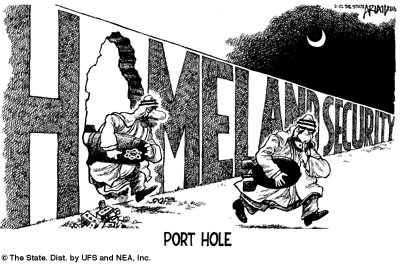 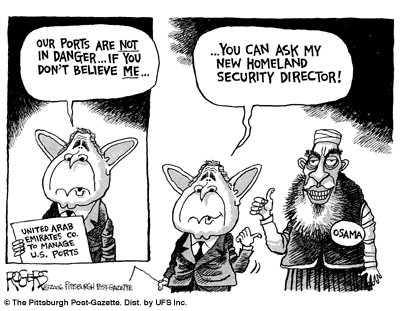 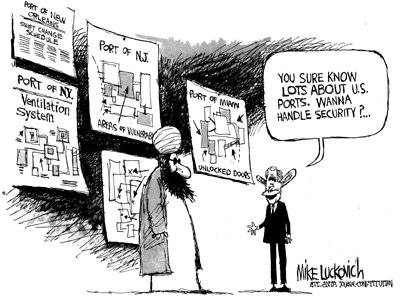 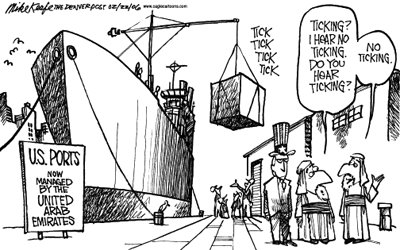 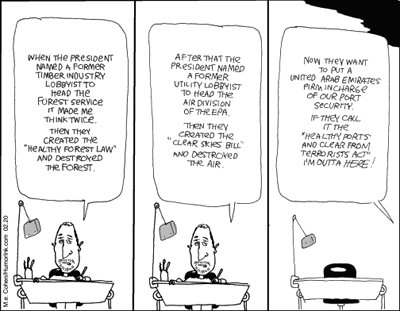 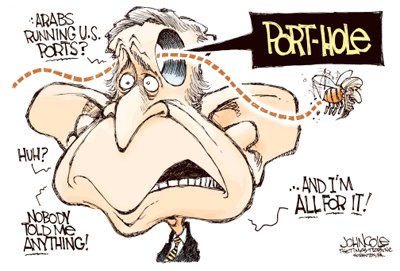 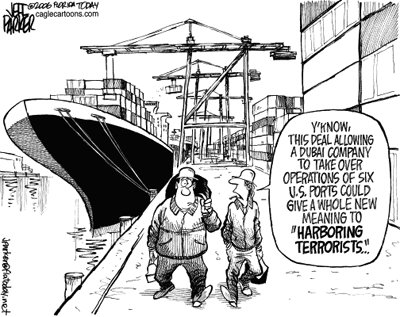 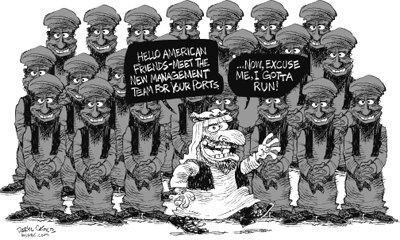 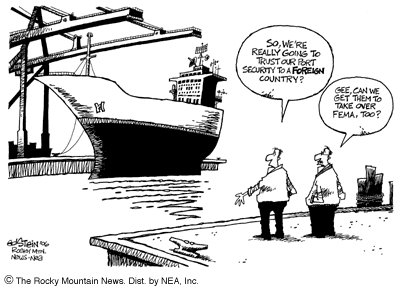