This beautiful picture was made yesterday by a good friend of mine from the Netherlands, who happens to be one of the most loyal readers of DBI. Hopefully our daughter and I will be able to see pictures similar to this after we arrive in Holland on Monday. She would love to see some real snow. When the four of us spent half a year in Paris two years ago some sleet fell one Sunday, but except for that during those six months ( including two visits to Holland ) our children only saw snow on the television, when parts of Jerusalem were snowed under. 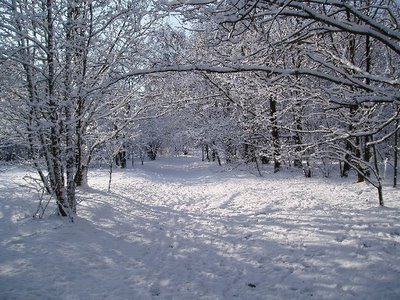