Two victims of religious-political terror. Neither of them was a saint, but both men were pretty brave and straightforward. Both Yitzhak Rabin and Theo van Gogh were murdered in the first week of November. Each of their murderers is probably - and can definitely be - quite satisfied when he sees what his country looks like today: seen from their respective, sick and twisted worldviews, both murderers did an excellent job, which accomplished what they appear to have aimed at. 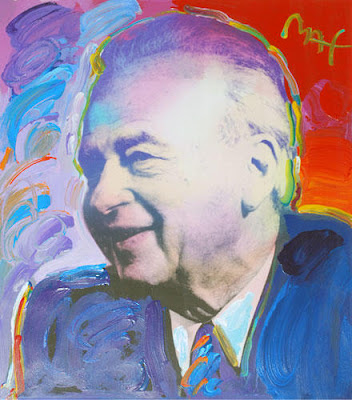