Two cartoons of Fokke & Sukke, published in the course of the week that saw the official appearance of the seventh and final episode in the Harry Potter-saga.

"Fokke & Sukke got it from the CIA: Voldemort is almost as powerful...as before September 11th 2001"

"Fokke & Sukke searched in the Mauritshuis until the cows came home (*): hmmm...didn't they say that a new Potter had been published?"

(*) I do not know how to translate the Dutch word 'rot' here, I think this English expression suits the context well.
Posted by Bert at 10:54 AM No comments:

This is the kind of picture that I can't get enough of. President ( I love to say that, I am an admirer - which definitely is not the same as a fan - of the man ) Shimon Peres with the foreign ministers of Jordan and Egypt, who visited Israel as official representatives of the Arab League to promote the Saudi peace plan, last week. Events such as this one are already successful when they simply take place, even though they rarely bear immediate positive results.
Posted by Bert at 10:47 AM No comments:

A fellow-Dutchman in Israel - who happens to have one of my favorite Hebrew names - wrote me about his two websites, one with beautiful pictures from Israel, Europe, Turkey, his family history and other interesting places and subjects, the other a useful online guide for tourists who want to come to Israel. I put links to both websites among my weblinks in the righthand margin of my weblog. He and his wife are licensed tour guides and appear to know this country very, very well ( and love it very much, obviously ).
Posted by Bert at 10:37 AM No comments:

I have been in Holland for a week now, in a couple of days I will be flying back home. I had a very productive week, although my head was spinning after all the meetings that I had in its first half. The project that I am working on has to do with foreign aid to both Palestinians and Israelis, and one of my personal conclusions of this week is this: while the two peoples will probably be unable to reach some kind of way out of the current mess all by themselves, in more than one way they might have been better off without the help of some of their so-called supporters. Outside help is vital, but much of it appears to serve the cause of the givers and distributors rather than that of ordinary Palestinians and/or Israelis. That does not mean, though, that there aren't many people here - and probably in other countries as well, either privately or on a more organized, (semi)official level - who are genuinely concerned about the well-being of one or both of the two peoples, and who make sincere efforts to bring about a more peaceful future for Palestine and Israel. One of the things that these people have in common is the fact that they realize that the basis for such a future must be found among Israelis and Palestinians themselves.
Posted by Bert at 10:36 AM No comments: 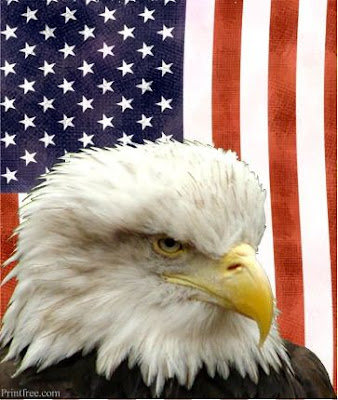 To my American readers: have a wonderful Independence Day! For interesting links and references to information about that great, now and then annoying, sometimes unfair but always fascinating country (*) click here and here.

(*) Interestingly enough I could and probably would use the same adjectives to describe France. The two countries ( happen to ) have a lot in common, which might be one of the reasons why the French and Americans love to hate each other. To my French readers: have a great Bastille Day in another ten days. I will be in Holland by then, so I thought it might be a good idea to send my wishes a little early.
Posted by Bert at 7:17 AM No comments:

Although I am very happy for Alan Johnston and his family, I wonder how long it will take for him to start blaming us for his ordeal and for all the Palestinians' misery, and praising Hamas for all the good work that they have been doing.
Posted by Bert at 6:51 AM No comments:

While eating at the Azrieli Mall's Burger Ranch in Tel Aviv yesterday, I finished reading Frank Mc Court's Teacher Man. I enjoyed it very much, some of the stories ( all of them about fathers, if I remember correctly ) are very moving, and - as in Angela's Ashes and the less convincing 'Tis - Mc Court manages to combine drama with sometimes hilarious humor. Frank McCourt appears to have been an extraordinary teacher. I had no teacher like him, although I was blessed with some excellent teachers myself throughout my years at elementary and high school, two universities, an ulpan and a yeshiva.
Posted by Bert at 9:31 AM No comments:

Yesterday I spent a very productive day in Tel Aviv. Productive, that is, for the project that I am working on, next week that project will take me to Holland again.
Today - which happens to be my birthday - my wife, her parents, and I will go to the azkara of Nimrod Hallel z"l, who was killed in Lebanon last year.
Posted by Bert at 8:21 AM No comments: