Amen to what Thomas L. Friedman says in his latest column.
Posted by Bert at 6:20 PM 1 comment: Links to this post 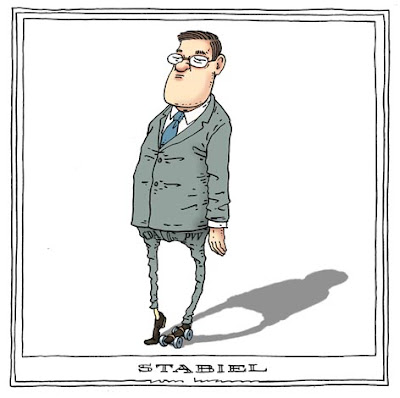 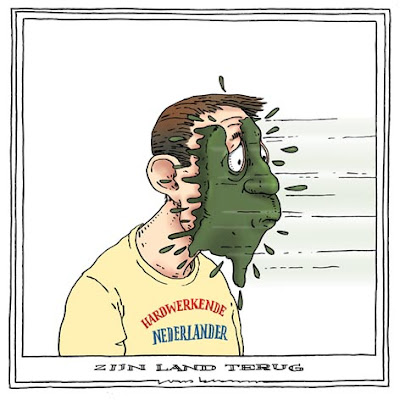 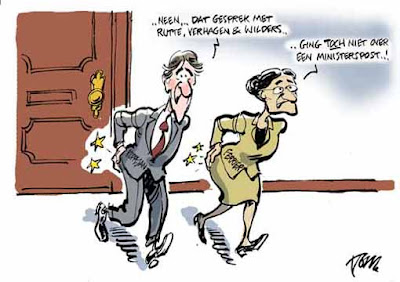 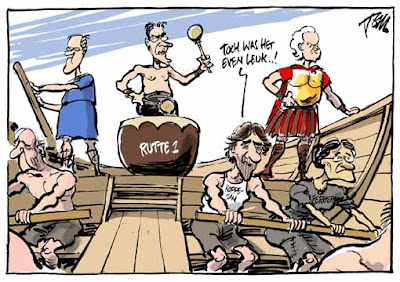 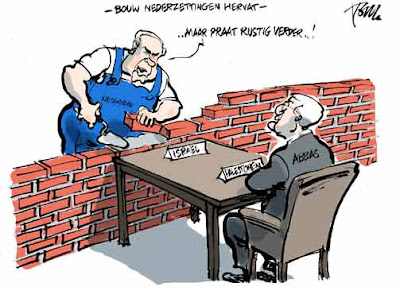 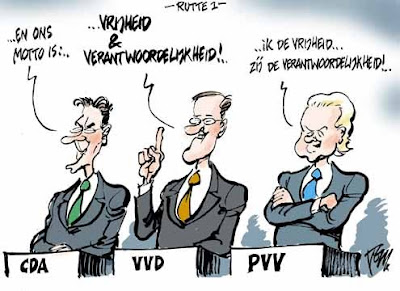 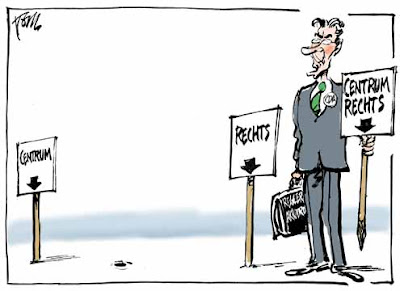 Silvio Berlusconi's Italy is often mentioned ( e.g. here, where a so-called expert is quoted ) as one of Israel's few remaining friends in Europe. In this article you can read how one of Berlusconi's cronies hurls anti-Semitic abuse at a "post-fascist" former ally of the Italian PM, who is the kind of the-enemy-of-my-enemy-is-my-ally that Israel should not be too fond of. Another example of such an 'ally' is the Dutch Party for Freedom (PVV, Partij voor de Vrijheid), led by Geert Wilders. In a quite unusual political construction, the new center-rightwing government in Holland, which is being formed as we speak by the liberal VVD and the christian-democrat CDA, will 'enjoy' parliamentary support from the PVV, which has been an equal and powerful partner in the coalition talks since the elections in early June. The coalition agreement is called 'an agreement of tolerance' (gedoogakkoord): the PVV will not be part of the government but it will 'tolerate' (i.e. de facto support) the government. As a clear quid pro quo, certain elements of the PVV program are absorbed inro the plans of the new government. While the PVV is widely perceived to be a pro-Israel party, in my opinion it is rather another example of how pro-Israel often means anti-Palestinian/Arab, just as pro-Palestinian often equals anti-Israel (or, sometimes, anti-Semitic). Besides the controversies that pop up every now and again around PVV figures, one reason why I believe that the PVV is not the kind of 'friend' that Israel should be fond of is the fact that it insists on using the labels 'Judeah' and 'Samaria' for what almost everybody else - including most of the Israelis that I know - calls 'the territories' ( with or without any of the tree following adjectives: disputed, occupied, Palestinian ). Another reason is its disproportional attention for some aspects of religious freedom. Like elsewhere in Europe, in recent years the public discourse in the Netherlands, heavily influenced by - not exclusively - rightwing populism, has more than once focused on ritual slaughter and male circumcision. Restrictions or an official ban on either or both of those important elements of Judaism AND Islam would not only affect Muslims. I understand why rightwing, xenophobic populists such as Avigdor Lieberman have no problem seeking alliances with men like Wilders, Fini, the late Haider, and other rightwing, xenophobic populists, but more responsible and sane Israeli leaders should try to think of ways to form more reliable and profitable, deeper, smarter, and less one-dimensional alliances with European and other Western partners and friends. Unfortunately, as long as the Israeli government thinks that holding on to settlements and illegal outposts is more important than - to name just two things - strategic alliances against Iran and islamism and preserving Israel as a democracy and a homeland for the Jewish people, the only 'friends' who will support the Jewish state unconditionally will be dangerous freaks like Silvio Berlusconi, and other rightwing populists who hate Haman much more than they will ever truly love Mordechai.
Posted by Bert at 9:11 AM No comments: Links to this post